Morning stroll through the ANBG

I should really do a separate post on the Australian National Botanic Gardens soon, and perhaps also on a few other botanic gardens I have seen over the past few years. Today, however, just a few pictures from when we visited the ANBG this morning: 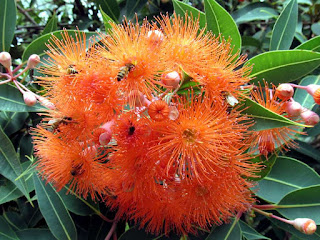 A red-orange flowered Corymbia (Myrtaceae) in full bloom near the ANBG car park and bookstore. Corymbia is one of the three main genera of eucalypts, the other two being Angophora and, obviously, Eucalyptus. Although this plant is visited by lots of introduced honeybees, the colour and size of the flowers indicates that it is naturally bird-pollinated. 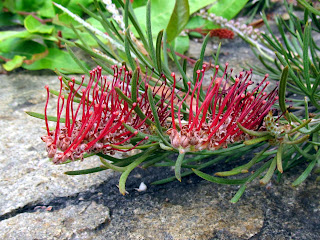 A Grevillea (Proteaceae) near the rockery. This plant is also obviously adapted to bird pollination. 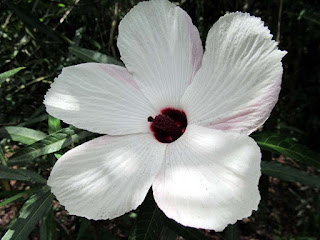 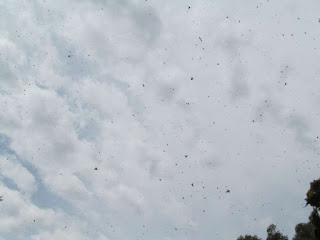 However, the most impressive thing about our visit today were not the flowers, but the insects filling the skies and crawling over the plants by the millions. 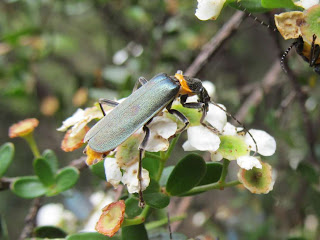 And this is a close-up of the culprit, the plague soldier beetle. The "plague" part of the name shows that this mass appearance is a regular feature of the species. Here seen visiting a Myrtaceae flower, the adults feed on nectar and pollen while the larvae are carnivores living in the ground. The conspicuous colour of the beetle warns potential predators that it has an unpleasant taste.
Posted by Alex SL at 7:39 PM