We have a visitor this weekend and have made a trip to Kambah Pool Reserve and Red Rocks Gorge on Murrumbidgee River today. This is SSE of Canberra, near Tuggeranong. 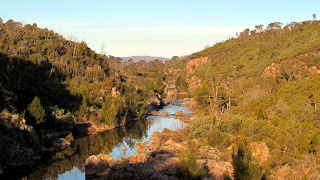 Red Rocks Gorge in the light of the setting sun. 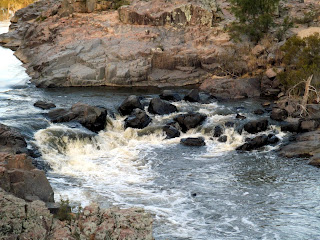 Rapids in Red Rocks Gorge. Signage at the lookout indicated that the entire river is popular with kayakers. 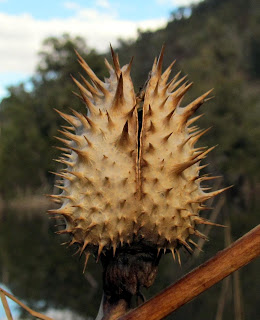 Near Kambah Pool and along the way there were quite a few weeds, especially Verbascum (mullein), Hypericum perforatum (St. John's wort) and Echium (Patterson's curse). This is the capsule of Datura stramonium (thorn apple). 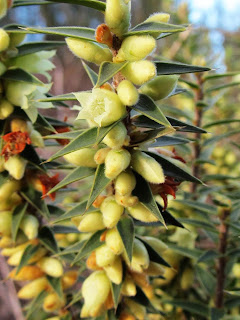 One of the few native plants flowering now, in the middle of winter, was Melichrus urceolatus, a heath. 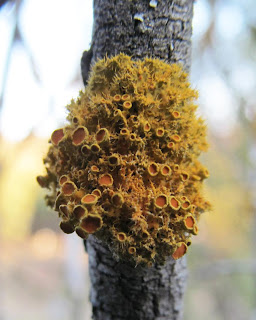